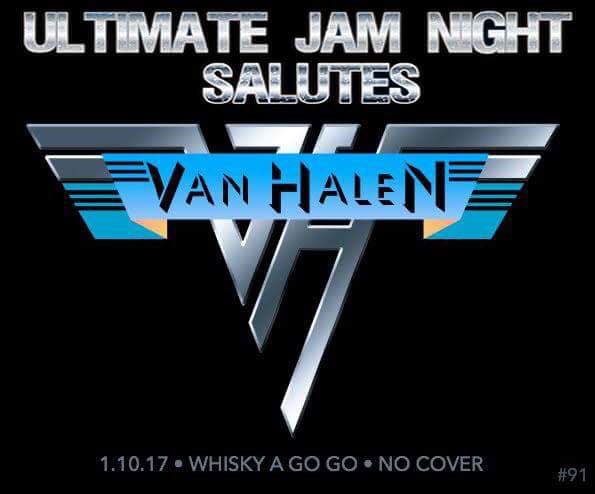 The UJN house band kicked off ULTIMATE JAM NIGHT 2017 with Panama and Pretty Woman in a “Salute to Van Halen” with Chuck Wright on bass, Paulie Z on vocals, Matt Starr on drums, Mitch Perry and Walter Ino on guitar.

Kenny Kanowski sang and played guitar on Everybody Wants Some with Chillin’ Sun band mate Jerry Best on bass and Phil Varone on drums.

Varone, Kanowski and Best stayed onstage to back Neil Turbin, who sang Runnin’ With The Devil.

Guitarist Lance Turner of The Atomic Punks performed Eruption with Daniel Spree from the The Drills on bass and drummer Dio Britto, who were then joined by Atomic Punks singer Brian Geller for You Really Got Me, Hot For Teacher, with Matt Starr taking over on drums for I’m The One.

Steel Panther’s Michael Starr (Ralph Saenz) performed DLR‘s Shy Boy and Yankee Rose with guitarist Stephen Chesney, bassist Kevin Chown and Joe Travers on drums, plus 3 more VH tunes: Atomic Punks (with Chesney, Travers and Sean McNabb on bass), Somebody Get Me A Doctor (McNabb on bass, Mitch Perry on guitar, Travers on drums) and Unchained (with Matt Starr on drums).  This set was the highlight of the evening. 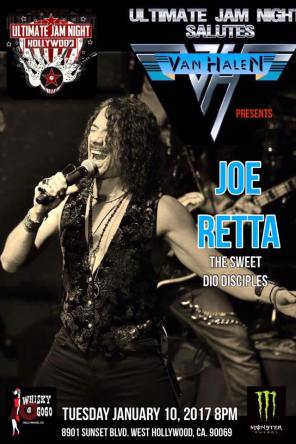 Powerhouse vocalist Joe Retta sang some “Van Hagar” (Why Can’t This Be Love?) with a great performance by Jude Gold on guitar, Daniel Spree on bass, Michael Martinsson with Christopher Allis on drums and Ice Cream Man (coincidentally, Retta used to actually be an ice cream man) with Mark Romans taking over on the drums.

Van Halen tribute “Unchained” members Nili Brosh on guitar, Shannon Moore on vocals, and Janna Brunner on drums were joined by Zeus on bass and performed Little Dreamer and So This is Love?

The house band closed out the show with JUMP.  A great few hours of Van Halen. 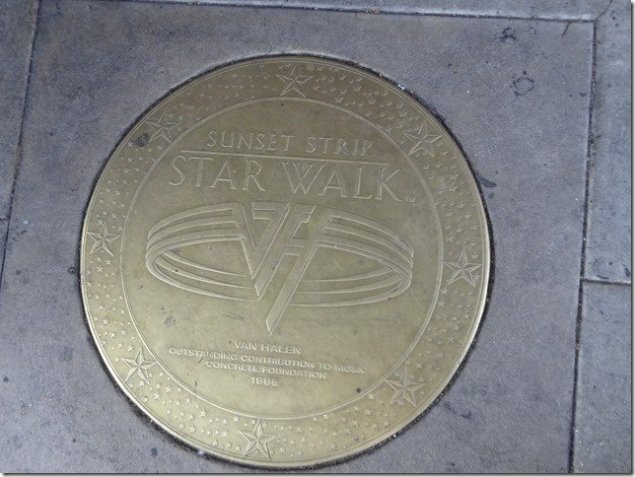 See the UJN live at the Whisky or on Zinna.tv on Tuesday nights.

Guess who's back!? @ultimate_jam THIS tuesday night @TheWhiskyAGoGo if you can't make the show watch it LIVE on @zinna #VanHalen pic.twitter.com/e1dPoWZGH4