On Thursday, May 12, 2016 at The Fonda Theatre (6126 Hollywood Blvd.) in Los Angeles, ADOPT THE ARTS (www.adoptthearts.org) hosted the live benefit concert and event to help save the arts in Los Angeles elementary schools.

ADOPT THE ARTS is a Los Angeles-based charity, co-founded by musician Matt Sorum and activist Abby Berman, that works to preserve arts programs in U.S. public schools. Actress Jane Lynch is an active supporter and one of the founding board members. To raise awareness, ADOPT THE ARTS honors individuals who’ve had a long-lasting impact on music culture and who inspire young musicians to follow in their footsteps. 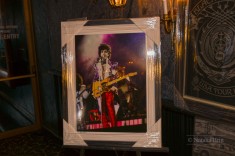 In collaboration with well-known artists, entrepreneurs, policy makers and the general public, Adopt the Arts is dedicated to improving the academic performance of every child, through the gift of making music and art.  ATA is focused on developing strategic relationships with educators, administrators, and board members to ensure that most under-served schools in the district are identified and ultimately, helped.  Co-founders Abby Berman and Matt Sorum believe that it is morally and ethically incumbent upon the public-at-large to foster the creativity, hopes, dreams and imaginations of our children.  To date, ATA has donated over 1000 instruments to 30 LAUSD schools and fully funded the music program at Rosewood Avenue and Westminster Elementary.  Each school has been “adopted” by a celebrity or public figure, exposing children to inspirational people who have worked hard for their success. The interaction between the children and adopter creates a sense of responsibility and shared commitment for all of those involved.

According to Los Angeles Unified School District (LAUSD), there is still not enough teachers, equipment or instruments for every child to receive an arts education of any kind. As in many school districts around the country, LAUSD has been slowly eroding its commitment to arts education, reducing the budget incrementally. The LAUSD district also estimates that 80% of its student body is living at or below the poverty line, which means the vast majority of these elementary school children will not have access to the arts outside of school.

“Adopt the Arts was born out of the frustration for my own children losing education in the arts,” explains ADOPT THE ARTS co-founder Abby Berman.  “When the system is failing, we have to take action.  With influential people like my co-founder Matt Sorum adopting schools, we can preserve this valuable component to childhood development, which is also known to boost test scores.  Because Federal and State funding is falling short, the responsibility is upon us as concerned parents and citizens to ensure we’re raising a new generation of healthy and well-rounded individuals.”

ADOPT THE ARTS Chair and Co-founder Matt Sorum adds, “We’re starting in our own backyard here in Los Angeles, and we’ll continue to adopt schools across the nation. We believe that art is a universal and necessary language that unites us all, regardless of our backgrounds.”

Glenn Hughes is a British rock bassist and vocalist, who achieved international fame with the band Deep Purple. Hughes started out in the 1960’s and formed the funk-rock band Trapeze. In 1973, Hughes joined Deep Purple, and played on three of Purple’s albums, before the band’s split in 1976. Hughes’ first solo album, “Play Me Out, was released in 1977, and the musician went on to release a series of solo albums throughout the 1980’s and 90’s. One of the most important collaborations in Hughes’ career was with Black Sabbath’s Tony Lommi, on the legendary guitarist’s first solo album.  In 2015, it was announced that Deep Purple would be inducted to the Rock & Roll Hall of Fame at the April 8th, 2016 ceremony in Brooklyn, NY.

Robin Zander is the lead singer and rhythm guitarist for the rock band Cheap Trick. In 1974, Zander became the second singer to join Cheap Trick, and has toured the world and released many albums, ever since. In 2014, Zander was part of the all-star “Kings of Chaos” line-up that included Steven Tyler, Matt Sorum and Duff McKagan. “Kings of Chaos” played shows in South Africa, and continued in the U.S., last year. Zander will also be inducted into the Rock & Roll Hall of Fame this year, along with his fellow Cheap Trick band members.

ADOPT THE ARTS created this music class, purchased the instruments and paid for the salary of the music teacher. Music class is now at Westminster Elementary in Venice, California thanks to Adopt the Arts and The Carter Lay Charitable Fund’s ground breaking partnership with musicians and philanthropists.
Guests also enjoyed a live and silent auction featuring some of the following items from ADOPT THE ARTS supporters: 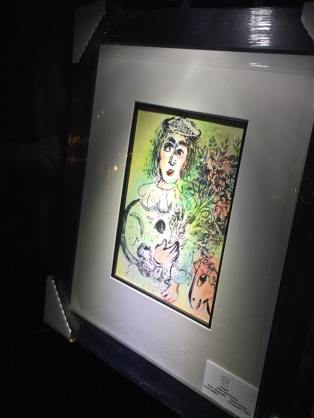 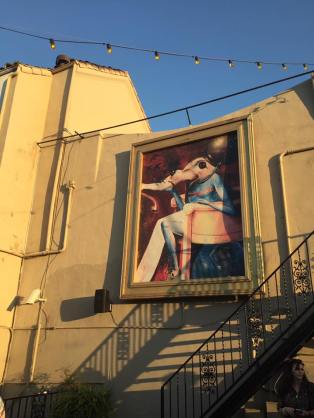 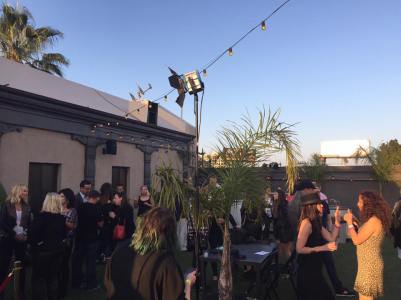 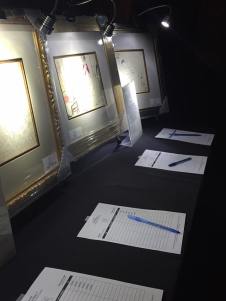 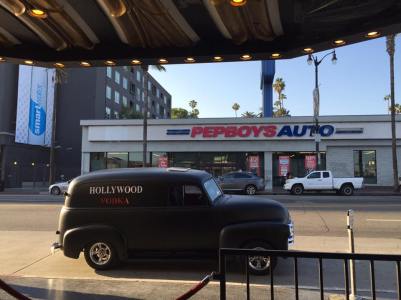