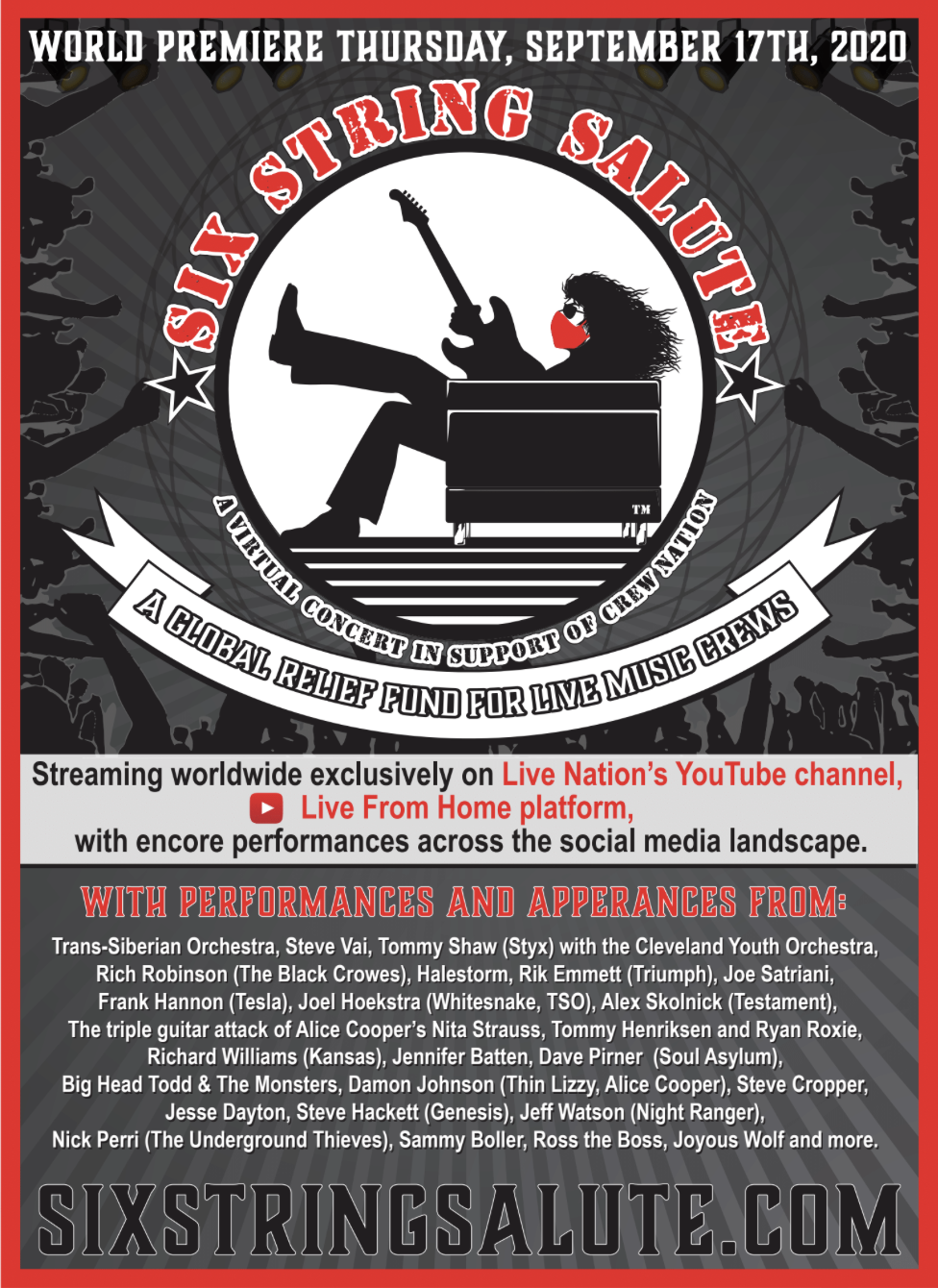 On September 17th, 2020, Six String Salute will premiere a virtual concert to support and celebrate the touring and venue crews who are the backbone of live music and depend on shows to make a living. Six String Salute will bring together guitarists and guitar-centric bands to share exclusive performances and great rock and roll stories in support of Crew Nation, a global relief fund for live music crews.

The debut of the event will stream worldwide exclusively on Live Nation’s YouTube channel and Live From Home platform, with 100% of net proceeds benefitting Crew Nation.

Additionally, a number of crew members from prominent bands will also share their stories and tales from the road throughout the evening.

Limited edition merchandise will be available with proceeds benefiting Crew Nation. Fans can also make a direct donation to Crew Nation via the event website. Crew Nation is powered byMusic Forward Foundation, a charitable 501c3 organization, which is administering the fund.

We hope you’ll join us in supporting them until we can once again unite millions around the world through the power of live music.