Adopt The Arts Benefit Concert Set For May 12 At Avalon In Hollywood; Geezer Butler, Chad Smith and Shepard Fairey To Receive 2020 Sound And Vision Awards

ADOPT THE ARTS–have confirmed the eighth annual benefit concert on Tuesday, May 12 at the Avalon in Hollywood at 7pm (1735 Vine St Los Angeles, CA 90028). Table seating and tickets are available starting today via: https://www.adoptthearts.org/. As with last year’s successful event, this immersive evening of art and music will launch the “2020 SOUND AND VISION AWARDS” honoring legendary bassist and lyricist for Black Sabbath, GEEZER BUTLER, the longtime drummer for the Red Hot Chili Peppers, CHAD SMITH and visual artist SHEPARD FAIREY . The intimate crowd will celebrate these iconic artists who have made a meaningful impact on our culture through their music and art, and at the same time raise awareness and funds for ADOPT THE ARTS –a 501 (c)(3) organization–whose mission is to fund music and art education across the country and build partnerships to ensure that all students have access to a well-rounded education. ADOPT THE ARTS has announced the initial music guests joining them for performances, which include Co-founder MATT SORUM , SLASH, DUFF MCKAGAN, STEVE STEVENS (BILLY IDOL), ROBERT TRUJILLO (METALLICA), BILLY DUFFY (THE CULT), DAVE KUSHNER (VELVET REVOLVER), JOHN 5 (ROB ZOMBIE) and ANDREW WATT (POST MALONE, OZZY OSBOURNE) with more to be announced. As the first visual artist to be presented with the ADOPT THE ARTS “SOUND AND VISION AWARD,” SHEPARD FAIREY will create a special pop-up art gallery onsite with a retrospective of his artwork focusing on the social justice issues that are important for him; a limited number of pieces will be on sale. “ Art can save your life. Art is definitely therapy for its creator, but also for the audience since art connects people to their universal humanity,” says visual artist SHEPARD FAIREY , a supporter of ADOPT THE ARTS since its inception. “I’m 30 years into my art career and can’t imagine going a day without creating and that all began as a child. Luckily for me, I’ve always had creative outlets and after some High School negotiations, my parents provided me with an even richer art education for which I am forever grateful. To deny elementary school children access to art education is to deny their development of critical thinking and problem-solving skills as well as the ability to express themselves, collaborate and connect with others and more. Art enables people, no matter what age, religion, language or geographic location with a universal understanding of each other and the world around us all.” “Doing these annual events for Adopt the Arts are always rewarding with so many great artists stepping in to help out, I’m very grateful for all of my musician and artist friends who I’ve met throughout my career that believe in this organization” says ADOPT THE ARTSCo-founder, musician MATT SORUM. “I feel this year might be our best yet with the great Chad Smith and Geezer Butler along with The Incredible Shepard Fairey as our honorees. This show is going to Rock!!!” “These individuals all embody the qualities we want to instill in our students: unbridled creativity, hard work, dedication, singular focus and a love of the arts,” adds ADOPT THE ARTS Co-founder, activist, and entrepreneur, ABBY BERMAN . ADOPT THE ARTS , a 501(c)(3), was co-founded in 2010 by Rock N’ Roll Hall of Fame inductee and GRAMMY-Award-winning musician MATT SORUM(Guns N’ Roses, Velvet Revolver, Deadland Ritual), activist and entrepreneur ABBY BERMAN and founding board member, Golden Globe and Emmy Award-winning actor JANE LYNCH, ADOPT THE ARTS was formed in response to major cuts to arts education budgets throughout the Los Angeles Unified School District Elementary schools. To this date, most students in Elementary grades do not receive access to art and music classes on a consistent basis. Officially launching in the fall of 2012, ADOPT THE ARTS,“adopted” a Title One Elementary school and has now donated over 1000 instruments to LAUSD . ADOPT THE ARTS provides art and music classes to Kindergarten through Fifth Grade students during the school day. It is the mission of ADOPT THE ARTS to raise awareness about the lack of funding for art and music education across the country as well as build partnerships to ensure that all students have access a well-rounded education regardless of where they live and go to school.

About Geezer Butler:The three-time GRAMMY-winning, Rock & Roll Hall of Fame inductee Terence “Geezer” Butler is the legendary lyricist and bassist for the groundbreaking heavy metal outfit Black Sabbath. Born in July 17, 1949, in Birmingham, England, as a teen he formed his first band, Rare Breed, with schoolmate John “Ozzy” Osbourne. In the fall of 1968, the two reunited in the blues quartet Polka Tulk, which also featured guitarist Tony Iommi and drummer Bill Ward. After briefly re-christening themselves Earth, Geezer suggested changing the name to Black Sabbath in early 1969. While Black Sabbath’s self-titled 1970 debut album laid the foundations for their deafening, sludgy hard rock attack, the follow-up Paranoid was their creative and commercial breakthrough, selling four-million copies in the U.S. alone on the strength of fan favorites like “War Pigs,” “Iron Man,” and the title track; Butler wrote the songs’ lyrics, drawing heavily upon his fascination with the black arts to explore recurring themes of death and destruction. Over the next couple decades, the lineup of Black Sabbath underwent several changes, with Geezer leaving the group briefly in 1979, but returning soon thereafter to join the group and its new front man, Ronnie James Dio. After a solo stint in 1984 with the “Geezer Butler Band”, Butler returned to Sabbath for 1992’s Dehumanizer and 1994’s Cross Purposes. Geezer released Plastic Planet in 1995 under his solo “G/Z/R”, followed by Black Science (1997) and Ohmwork (2005). Black Sabbath were inducted into the Rock & Roll Hall of Fame in 2006. Butler re-formed the Dehumanizer-era Black Sabbath line-up with Iommi, Dio and Vinnie Appice in 2006 as “Heaven & Hell”. The band performed together until 2009. In 2011, it was announced that Butler, Iommi and Osbourne were returning to the studio to record, “13” (2013), which would be their last studio album. The band embarked on their final tour, “The End”, and released a CD of the same name in 2016. The band performed their last show on February 4th, 2017 in Birmingham, where it had all begun almost 50 years before. After retiring from Black Sabbath, Butler took a short hiatus to travel and write. In 2018, Butler was approached by Matt Sorum of Guns N’ Roses and soon after, Butler joined “Deadland Ritual”, comprised of Sorum, Steve Stevens (Billy Idol) and Franky Perez (Apocalyptica). The band released their first song, “Down In Flames” in December 2018 and are set to kick off a tour in May 2019.

About Chad Smith:The six-time GRAMMY-winning, Rock & Roll Hall of Fame inductee, Chad Smith is an American musician who has been the drummer for the Red Hot Chili Peppers since 1988. Smith is also the drummer of the hard rock supergroup Chickenfoot, formed in 2008, and of the all-instrumental outfit Chad Smith’s Bombastic Meatbats, formed in 2007. Spin magazine placed Smith at #10 on their list of the ” 100 Greatest Drummers of Alternative Music” in May 2013.Read ers of UK-based Rhythm magazine ranked Smith and Red Hot Chili Pepper bassist Flea the fourth-greatest rhythm section of all time in their June 2013 issue. Smith has recorded with Glenn Hughes, Johnny Cash, John Fogerty, the Dixie Chicks, Jennifer Nettles, Kid Rock, Jake Bugg, the Avett Brothers, Joe Satriani, Post Malone, Lana Del Rey and Halsey. In 2010, joined by Dick Van Dyke and Leslie Bixler, he released Rhythm Train, a children’s album which featured Smith singing and playing various instruments. In 2020, Smith co-wrote and performed as part of the backing band on Ozzy Osbourne’s album, Ordinary Man. Smith debuted a tour of his art called “The Art of Chad Smith” in January 2020. Known for his charity work especially with young musicians, Smith has been a lobbyist in support of music education in U.S. public schools.

About Shepard Fairey:Shepard Fairey is an American contemporary street artist, graphic designer, activist, and illustrator who emerged from the skateboarding scene. He earned a Bachelor of Fine Arts in illustration from Rhode Island School of Design in 1992. While a student there in 1989, he created the “Andre the Giant has a Posse” sticker that transformed into the OBEY GIANT art campaign, with imagery that has changed the way people see art and the urban landscape. He is known for his Barack Obama “Hope” poster, which he created in support of the 2008 presidential campaign. Fairey’s stickers, guerilla street art presence, and more than 100 public murals are recognizable worldwide. His work is in the collections of several museums, including the Smithsonian in Washington D.C., the Los Angeles County Museum of Art, the Museum of Modern Art, New York, and the Victoria and Albert Museum, London. 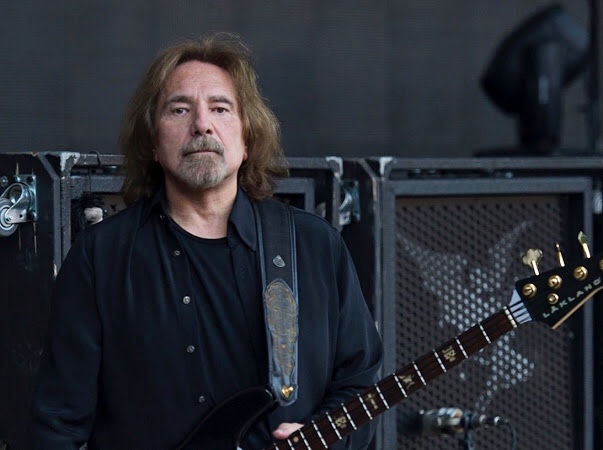 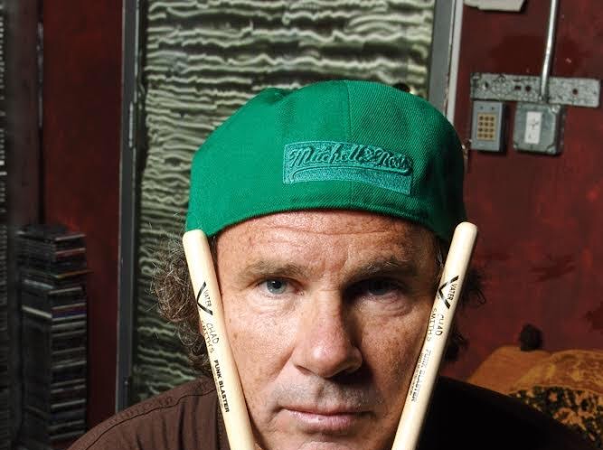 Local musicians raise money for Animal Sanctuary in one of the hardest hit areas by Covid-19, Italy 🇮🇹