Weiss demonstrates drum tuning, choosing the best microphones and showing a wide variety of miking techniques and placements to achieve a full, punchy and well-defined sound that fits the viewers song. Even if the viewer has never recorded a drum kit before, this step by step guide will provide all the necessary tools and techniques and put the viewer on the fast track to recording pro-sounding drums.

In addition to Matt Starr and Matthew Weiss discussing recording drums, Huart  interviews both Starr and Weiss focusing on what makes a great drum sound. Key parts of the interview are a discussion on recording drums in a small room, making the drums sit well with a dense mix vs. an open arrangement, dampening, the recording signal chain, gain staging, preamps, compression, great budget microphones and a lot more.

Warren Huart is an English record producer, mixer, recording engineer, composer, and multi-instrumentalist based in Los Angeles. He is known for his hard work ethic, positive attitude and respect for the artist’s vision. He has played a fundamental part in the creation of many platinum-selling albums, and worked with many of today’s most successful artists, such as The Fray, Daniel Powter, Marc Broussard, Trevor Hall, Korn, Better Than Ezra, James Blunt, Matisyahu, Ace Frehley, Aerosmith, Black Veil Brides, and Howie Day. Huart is the owner of Spitfire Studio in Los Angeles, CA and Spitfire Music; a one-stop music licensing house providing music for film and TV. He also owns the DIY YouTube Channel “Produce Like a Pro,” which offers recording tutorials for recording enthusiasts, and has over 100,000 subscribers world wide. 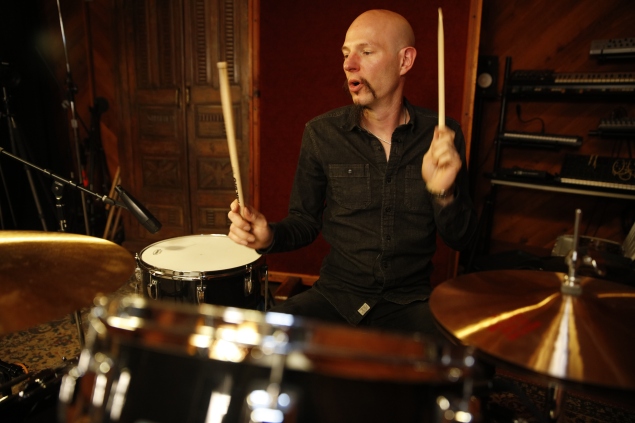 Matthew Weiss is a Grammy nominated and Spellemann Award winning engineer. He began his career assisting such notable engineers and producers as Bobby Eli, Mark Marshall, Denise Barbarita, and Ron St. Germaine. His clientele include award winning and Billboard charting artists such as Arrested Development, Dizzee Rascal, Uri Caine, Sonny Digital, Mega Ran, King Midas, Armageddon, Ronnie Spector, and !llmind. In 2015, Matthew executive produced the self-titled album “Soul Veggies” which debuted at #47 on the Indie Billboard Chart, #97 on the Hip Hop Billboard Chart, and #188 on Billboard’s Top 200. In addition to his engineering, Matthew has appeared as a guest speaker at Cornell University, ProStudio Live, SXSW, and SUNY Fredonia. His audio education tutorials are among the best selling and most highly regarded resources in the field of music production.

PHIL BUCKMAN, PHIL DEMMEL, BRIAN TICHY and LUKAS ROSSI team up for an “At Home/Collab-A-Jam” cover and video of the MUSE song, HYSTERIA.