Katey Sagal is well known as the saucy-tounged lazy housewife Peg Bundy on TV’s “Married With Children” or as Gemma Teller Morrow — ruthless badass biker gang matriarch on “Sons Of Anarchy”. But as versatile an actress Sagal is, her heart has always been in music and songwriting, as she started her career as a background singer for Bette Midler, Etta James, and Olivia Newton-John. She was also backup vocals for Bob Dylan in 1976. With 2 LPs out and contributions to Son’s soundtrack she’s got a new band The Reluctant Apostles featuring leader Bob Thiele guitar vocals, Billy Harvey, lead guitar Davey Faragher-Bass, John Phillip Shenale keys, and drummer Michael Urbano. They are all accomplished artists in their own right, Harvey having performed with Patty Griffin and Charlie Mars, Faragher with Elvis Costello and Urbano with Tori Amos and Jane’s Addiction. The band has a soul psychedelic folksy, bluesy combination. Katey’s voice is a smooth as ever she brings a strong stage presence compelling as well as fun to the set.   She plays guitar, and the Bongos even the Ol’ drum stick on the music stand. You can hear her blues influences. The Reluctant Apostles’ style is Americana with an edge. Particularly outstanding songs were Crystal Blue Persuasion, Jealous Kind and Took Control of Me. 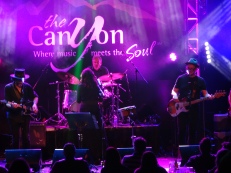 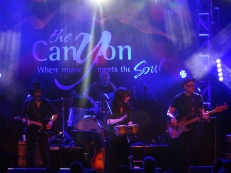 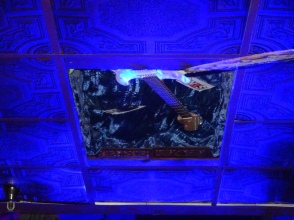 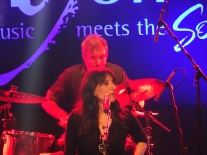 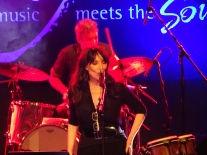 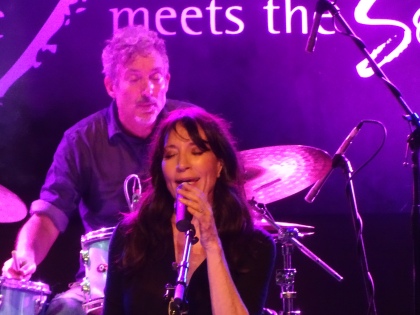 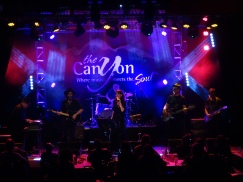