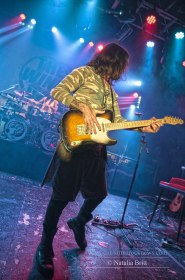 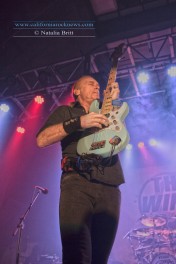 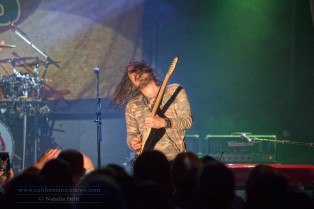 The Winery Dogs set The Canyon Club on fire
If there is one band that packs in enough talent to be labeled a “supergroup”, The Winery Dogs is that band. Perhaps the term “supergroup” here is not being applied due to their extensive musical background, but more for the musical “super” powers they display that not many other musicians possess.
The Winery Dogs sophomore album “Hot Streak” was released earlier this month and it is no surprise that it has been receiving rave reviews from critics and fans. The rhythm section comprised of drummer extraordinaire Mike Portnoy and literal “bass god” Billy Sheehan is the perfect addition to Kotzen’s soulful vocals and his guitar skills. Together these three manage to do something that many bands of five or more members are not always able to achieve – produce some exceptionally outstanding music that simply needs to be heard in a live setting.
Currently, the trio is wrapping up the West Coast leg of their tour and will be heading out to Europe in 2016. This week, The Winery Dogs made a few stops in SoCal — one of those stops being a night at The Canyon Club in Agoura Hills.
The opening act that has been supporting The Winery Dogs on this tour is KICKING HAROLD, featuring vocalist/guitarist Tim David Kelley, drummer Michael Odabashian, and bassist Julia Lage. Their modern approach to mixing the elements of hard rock, post grunge and alternative sounds was a great warm up for the audience. Their 45 minute set featured some newer material combined with older classics including the hit song “Gasoline” – the theme song for the hit show Overhaulin’.
The Winery Dogs took the stage shortly after 9 pm and got right down to it. There is no introduction needed when it comes to these three musicians, but perhaps it’s still worth mentioning that each one of them have played an important role in shaping the way many modern artists play.
The trio kicked of the show with “Oblivion” followed by the explosive “Captain Love”, “We Are One” and the title song from the new album “Hot Streak.”   As the crowd cheered and sang along, the chemistry on stage was undeniable. Needless to say, if you have Mike Portnoy on drums, you will get a lot of drumstick tricks that will blow your mind away. You are also guaranteed a near 10-minute bass solo from Sheehan that solidifies his true status as a “bass god”.   The way Kotzen sings and plays a guitar will always be the reason to go see any shows he participates in, but The Winery Dogs seems to be just the right fit.  This powerhouse brought a lot of noise to The Canyon Club last night and left an everlasting impression on everyone in attendance.
The encore featured “Regret”, followed by the night’s closer “Desire”.  If you were not yet satisfied with the amount of musicianship, “Desire” definitely did it for you.  Portnoy demonstrated a few more tricks, including “a flying chair” at the end of the song and the band graciously bowed and thanked the fans before leaving the stage. 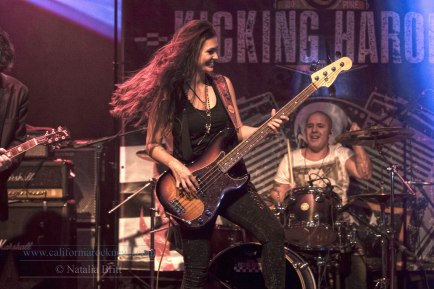 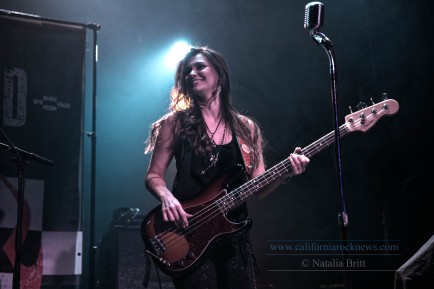 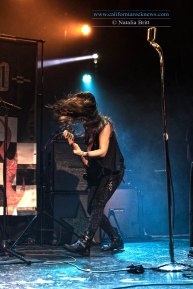