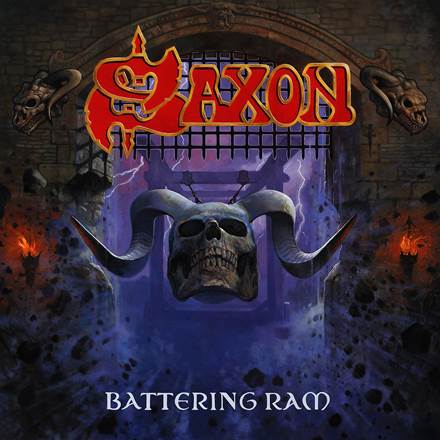 US Tour Kicks Off August 19th

In this no-nonsense, sharp performance, Biff and the boys are captured at Backstage Studios in Derbyshire, UK, throwing down a thunderous performance of their forthcoming new album’s title track.

Coming soon, Battering Ram will be available for pre-order via Amazon and various formats will include CD in Ecolbook, 180 gram Vinyl, Limited Edition Boxset (containing CD, Vinyl and a Bonus CD with the band performance of their Denim & Leather Tour “Saxon Over Sweden 2011” – 18 tracks).

In celebration of the release of Battering Ram, SAXON will join select dates with Motörhead, and others with Armored Saint, in the US beginning August 19th. See below for all confirmed tour dates.