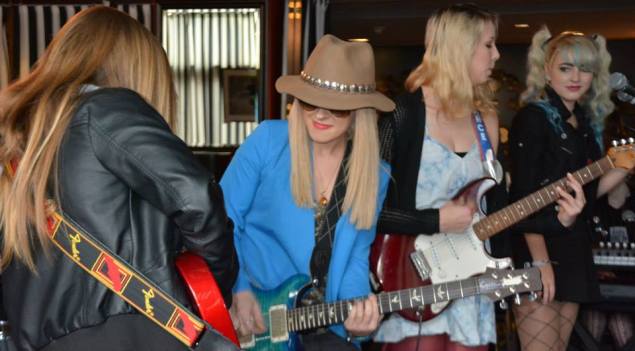 Gina Grad from 100.3 The Sound’s Mark In the Morning Show, and Newsgirl for Adam Carolla, introduces Orianthi (photo by Rich Wilson) 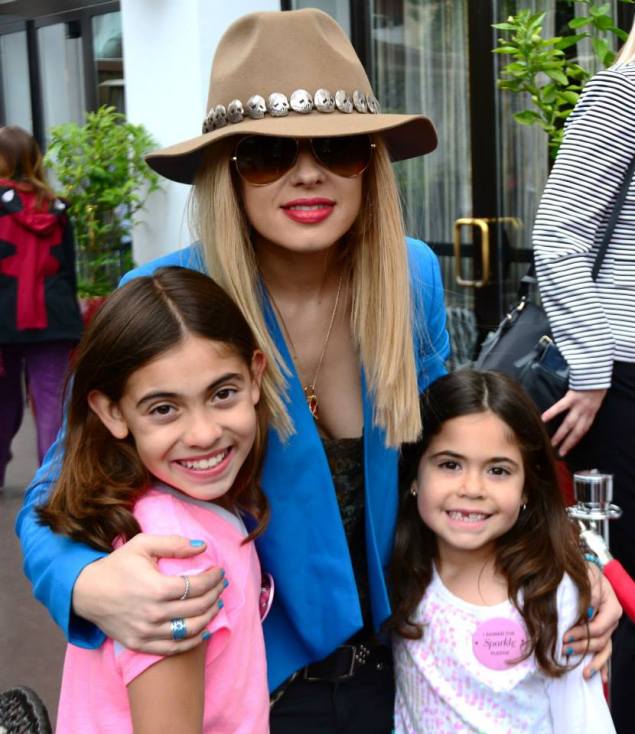 Orianthi with young fans who pledged to SPARKLE and not smoke!  (photo by Rich Wilson)

The Sparkle Event included special Appearances by Orianthi, the LA Laker Girls, a
fashion show with Jane Booke & Heidi Klum Intimates, Silent Auction, Make Your Own Perfume Lounge, an All Girl Teen Supergroup band performance, Food & Beverage. The event was geared towards girls ages 16 and up, and their moms to benefit Breathe LA and The Rock School Scholarship Fund.
Don’t Let Smoke Hide Your Sparkle is a new initiative to address teen smoking. Sparkle celebrates all of the things our daughters can do best with clean air and healthy lungs. 100% of the funds raised go to both charities.
http://www.breathela.org
http://www.rockschoolfund.org

#Sparkle2015 @orianthi @AnthemPR_CA @RockSchoolFund @ginagrad Thanks to all of our guests, volunteers, and staff for making today great.

About The Rock School Scholarship Fund:

The Rock School Scholarship Fund (RSSF) is the first 501(c)3 non-profit which provides scholarship funds and instruments for children ages 7 to 17 years of age who want to attend ANY rock music school in the U.S.A.