If you haven’t been to the Baked Potato, it’s the size of a shoebox for a very small pair of shoes.  And it’s also the perfect, intimate venue to see an artist up close-up and personal.  To witness someone as talented as Richie Kotzen in this setting is something special indeed. 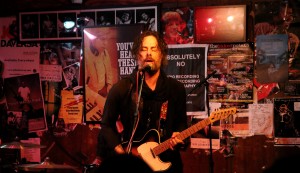 Because there were two shows per night, the sets were short (too short!), but Richie packed enough passion and notes into every song and solo to make this (IMHO) an early contender for gig of the year.  His voice is full of soul…  Add that to his talents as a songwriter, well, Richie is a force to be reckoned with.

Dylan and Mike are no slouches either and make up an amazing rhythm section that provide the added punch and emotion to each and every song.  To keep up with Richie and the different directions that he can take his songs at any given time, you have to be a master of your craft and these two artists more than meet the challenge.

Richie talked with the audience between songs, asked for requests and gave just enough of a small taste of his huge catalog to make at least me wish I had bought a ticket to all four shows.

At times I felt like I was watching this show in my living room with a bunch of my friends when I looked to my right and saw Adrian Smith (IRON MAIDEN) watching Richie intently, admiring his artistry of the guitar.   He’s THAT GOOD! 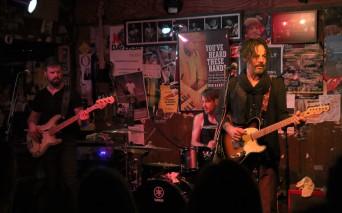 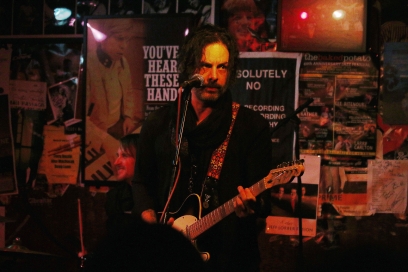 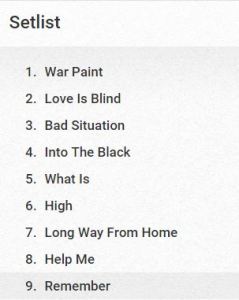 Richie has a live DVD out at the moment and if you haven’t had the chance to experience this band live, do yourself a favor, pick it up and be amazed!