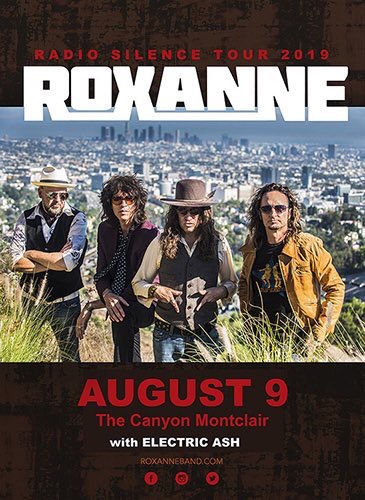 ROXANNE are headlining The Canyon Club Montclair tomorrow night.   Their show at the Agoura Canyon Club with George Lynch’s Lynch Mob was great, with some surprise guest appearances during the set. 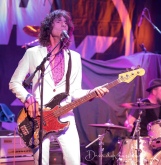 Roxanne was formed in Riverside, California in 1986 by vocalist Jamie Brown and bassist Joe Infante and are joined by guitarist John Butler and drummer Dave Landry.  By 1987, they had risen to the top of the heap in the LA music scene and landed a deal with Scotti Brothers Records.

Having released their debut album Roxanne in February 1988, the band had moderate success with the single “Cherry Bay” at AOR radio and simultaneously rose to number 63 on the Billboard singles charts with their cover of Wild Cherry’s “Play That Funky Music“, where they received the most attention on the radio. The album was filled with mainly party rockers, and highlights such as the ballads “Over You”, “Not The Same”, “Cherry Bay” and “Can’t Stop Thinking”.

“Roxanne’s debut record was released in 1988. We had a lot of fun recording it. Geoff Workman produced it and had a lot to do with developing our ‘sound’ from that day forward.”

Krescendo Records re-released Roxanne‘s 1988 album in 2008 with a digital remastering.

We played around town, Vegas and Phoenix as Roxanne for a couple years to pay our rent then we created The Boogie Knights and did our first gig at The Palomino Station on October 28, 1992, opening for Roxanne.

The Boogie Knights became a full time job by mid-1993.  Then I started Perfect World Entertainment and branched out with other acts/shows such as Metalshop, The M80s, The Spazmatics, etc.

Now 26 years later, PWE is stronger than ever in every major city across the US providing musicians a way to make a great living and still pursue original careers, if interested.” 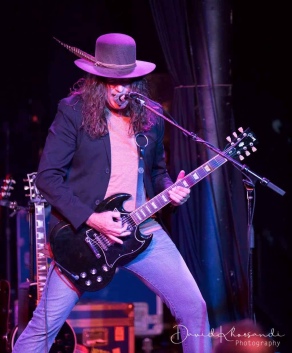 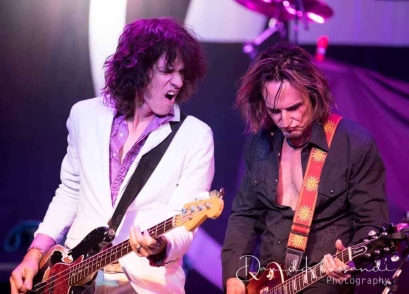 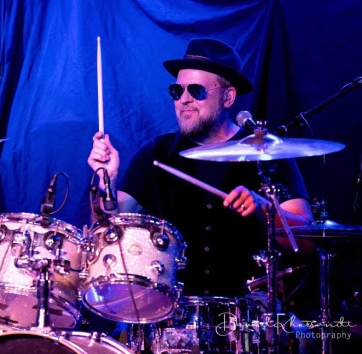 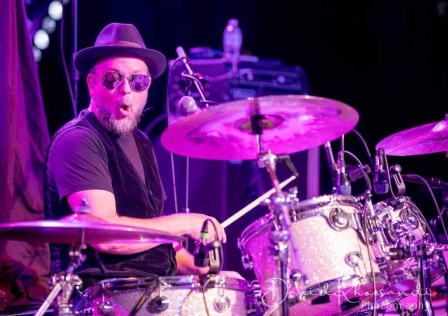 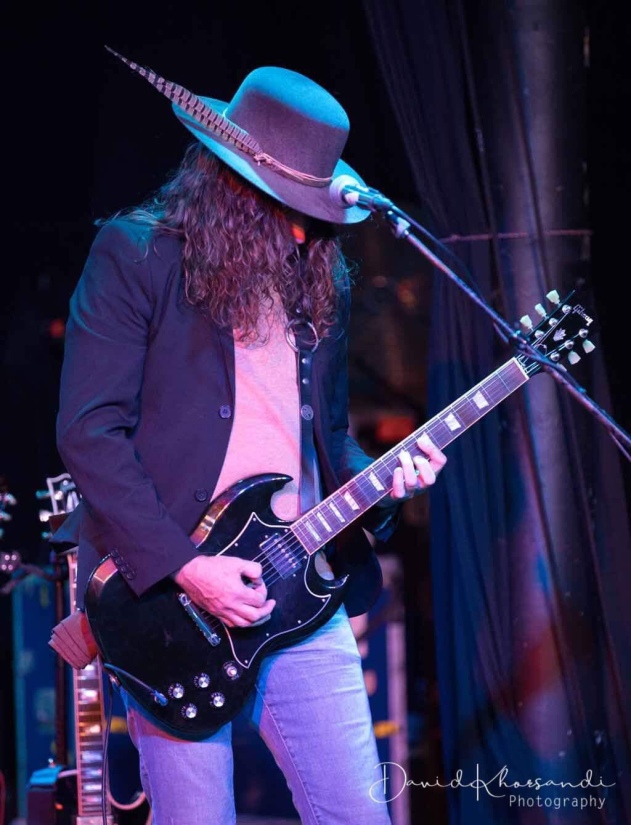 “Same 4 guys as the original release in 1988.  The new album “Radio Silence” took 3 years from the first day in the studio until release day…. it was three years and one day.”

The album was preceded by four music videos (for the songs, “Super Bad,” “Someone To Kill,” “Thin Blue Line” and “Go Fuck Yourself.”    GFY features guest appearances by KXM members George Lynch and dUg Pinnick of King’s X).

“Having George Lynch on the album with us was very cool. George has always been John’s guitar hero and I was lucky enough to get hired to produce a few videos for KXM (George Lynch, Dug Pinnick, Ray Luzier). Meeting him for that job turned into a friendship and a bunch of other jobs and relationships, including the one with Ratpak records that led to the new Roxanne record deal.”

“dUg Pinnick has been my favorite vocalist since the release of Kings X first album “out of the silent planet” in 1987. I never thought I’d become friends with him much less work on music together.

“The video has a lot of 80s nostalgia in it (Girls, Cars, Guitars) but really the song is about my 1969 Camaro. I used all the car slang I could find that might contain a double entendre to make you think I’m talking about a girl.” -JB

“This one was a lot of fun putting together. We had finished all the recording when I asked Dug if he’d like to sing on it. After he was done and I heard what a great job he did, I asked if I could redo my parts but we were out of time. The song is basically just a call to freedom. No, we are not anti- government anarchists, we are anti government overreach, pro-liberty Americans.”

“It was very cool of Andrew Freeman to learn Dug Pinnick’s parts and join us onstage at The Canyon Club Agoura and Vamp’d in Vegas for GFY.  I wonder who will sing it at the next show?”

John and I recently got a couple Friedman Small Box 50s and we love them. It’s like stumbling on that perfect 50 watt Marshall in The Recycler, only brand new ready to go out of the box.

Paul and Roxanne have a long history.  Roxanne and Racer X used to do a lot of gigs together back in the late 80s and we have been friends ever since.  When we started recording the first Roxanne album, we didn’t have any good guitar amps, so Paul lent me his favorite Marshall.  The day we finished tracking, our manager Phillip Lamond took the amp home with him to St James Apartments in Hollywood and it got stolen out of his trunk.  So now I had to find $1000 to give him for the amp and I still didn’t have one for myself.

Didn’t you end up being the last Racer X singer in the 80s?

Brown did a couple shows with Racer X in the late 80s as the singer “around the time that Scott Travis (Racer X drummer) got offered the job in Judas Priest and that was the end of that.”

The Making of Radio Silence