pics and recap by Natalia Britt

With concert season being at its peak and so many great bands pumping out new music, it would naturally be somewhat unreasonable to plan out an actual trip to Las Vegas just to see these four giants of heavy music, but… There is always a ‘but’ when it comes to such bands as Bullet For My Valentine, Lamb Of God, and unrivaled Slipknot.

Indeed, many of us L.A. folks made an unforgettable trip to Las Vegas to see this heavy metal happening since it was the only closest to So Cal city that hosted the event.

Locals were really on point with filling up the MGM Grand Resort Village grounds early, despite a relatively late start for a show that featured four major bands.   The heat was still the main inconvenience for those who were not from around there.   The front rows and most of the general admission area was already full by the time the first band of the evening, Motionless In White, went on.

If you are a fan of Marilyn Manson and if you like goth metal or metal core, this will be definitely something new and interesting.   Since the release of “Reincarnate” in September 2014, things have really been ‘in motion’ for the guys.  They have shared the stage with veterans of heavy music multiple times and their fan base just keeps growing and growing.  Starting off the set with their single “Break The Cycle”, Motionless In White took the audience by storm in no time.  The keyboards were a nice touch that added the depth to the general, yet already sophisticated sound of the band, and set in a certain dark and mysterious mood among the audience.   In a short half an hour that was allotted to the opening act, Motionless In White definitely managed to gain some new fans thanks to the effective stage presence.  You could spot a number of people among the audience who were pleasantly surprised to hear what the band had to offer.  Chris Motionless, the founding member and a lead singer, who is also well-known for his collaboration with Maria Brink (In This Moment) and work with Tim Sköld (Marilyn Manson/ Shotgun Messiah), is without doubt a great front man; he can deliver the angry roar when it’s needed, but he can also make the song flow as smoothly as you could ever expect it to.   Among other songs performed by Motionless In White were “Abigail”, “Unstoppable”, and the closer “Reincarnate”, already a major hit on most rock/heavy charts, was the obvious highlight of the show, as the audience sang the lyrics along with the band. 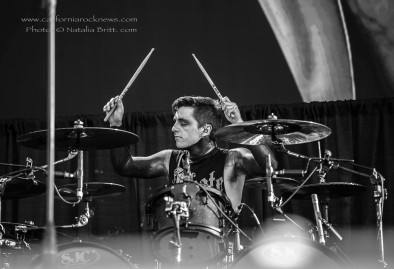 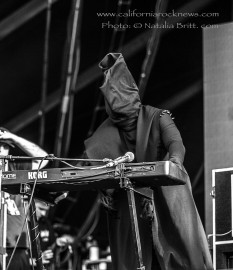 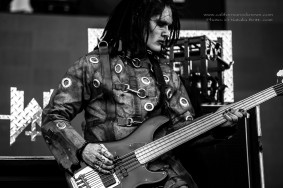 A twenty-minute set change gave a chance to some people to grab drinks and food while the die hard Bullet For My Valentine fans kept on patiently waiting up front.   As the stage techs were setting up, you could hear a sudden crowd roar when the white backdrop with band’s insignia featuring the new album Venom, unfolded behind the drum kit. Again, it’s necessary to take a moment and note that Bullet For My Valentine are no longer the same band as they were at the beginning of their career.  While starting out as the pure metal core band with uncontrollable screaming vocals and fast guitar riffs, the band went through several transformations for the past ten years, including Matt Tuck cutting his hair (to a huge disappointment of many female fans), line up changes, and finally return to thrash metal roots.  But what all those modifications meant for the audience gathered at MGM Resorts Village one were about to find out.

As the sun was slowly hiding behind the glamour horizon of Sin City and Michael ‘Moose’ Thomas sat down behind his Pearl drum kit, the grounds of MGM Resorts Village were shaken by the familiar thunderous sounds of the drum intro for “Your Betrayal.” The ecstatic screams of the fans were instantly heard and when Tuck jumped out on stage, it was obvious that the band was ready to rock their set; they looked sharp, sounded loud, and were having a great time.  If you had previously seen Bullet For My Valentine, you’d known that the mosh pit and crowd surfing would always be a mandatory component of their show.   “No Way Out”, and “Scream Aim Fire” were the most appropriate songs to finally take it up a notch and start giving more work to pit security.   As the set progressed and the crowd raged, the band took the audience back in time reviving the great era of their debut album The Poison.  “Tears Don’t Fall” was mainly sung by the audience and howls of anticipation revving through the crowd right before the guitar solo  was another prove of Bullet For My Valentine being on top of their game. The last song of the set “Waking The Demon” once again showed Las Vegas that European metal bands are still the best at what they do.

The new Bullet For My Valentine album Venom is out right now and if you are in a mood for some heart pounding thrash and hardcore, definitely check it out. 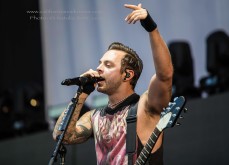 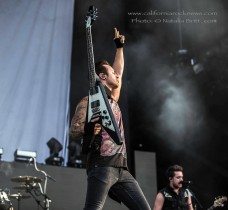 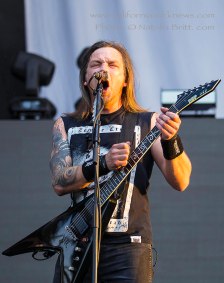 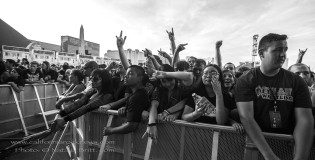 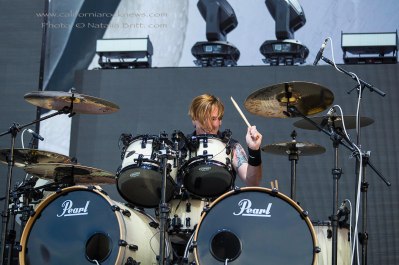 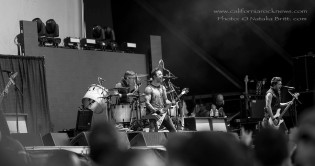 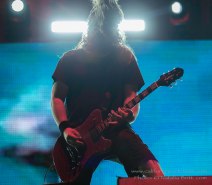 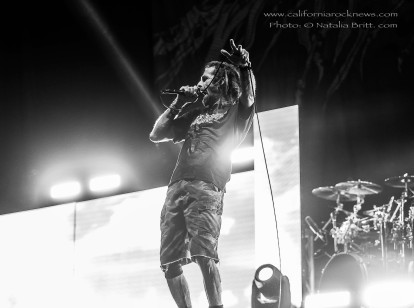 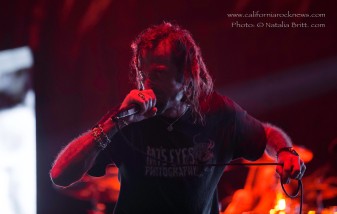 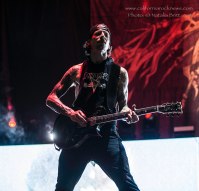 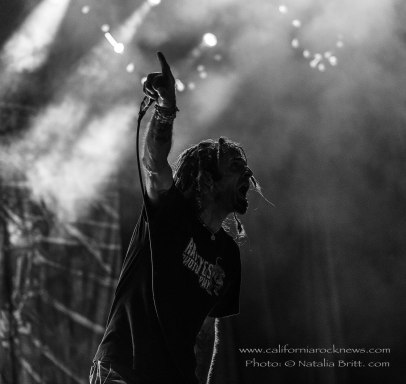 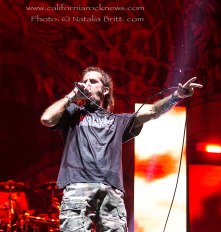 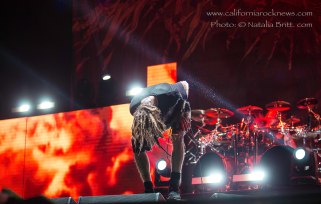 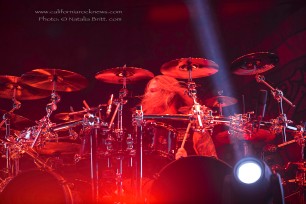 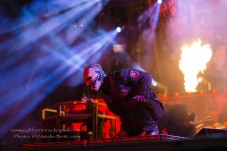 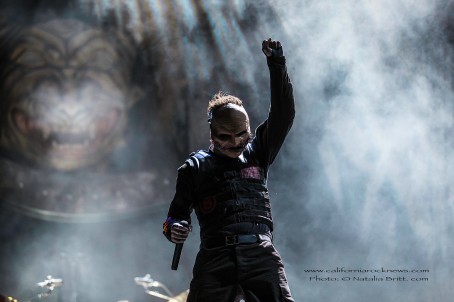 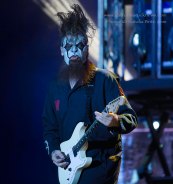 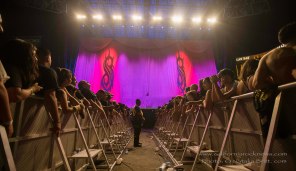 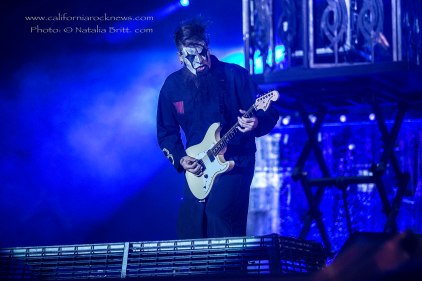 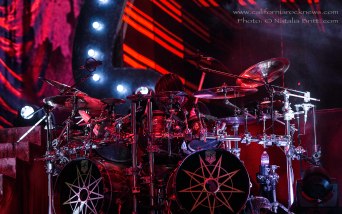 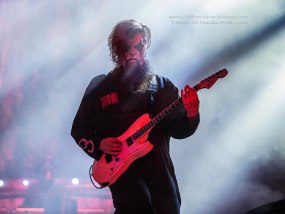 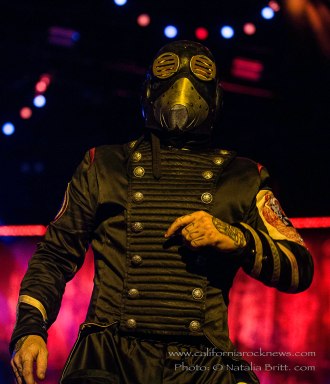