GUITARIST Sam “Bam” Koltun is only 19 years old and is already a rock guitar veteran.   Rafael Moreira, the house band guitarist on the TV show “Rockstar INXS” inspired him to pick up the guitar:    “He made me want to play!”   Since then, Koltun has built quite a resume in a very short time.

Hailing from St. Louis, MO, Sam attended jam sessions every week since he was 12 and still manages to host a lot of jam sessions back home, along with playing some huge shows.

He played to an arena of 7,000 people at age 14, which was a “very crazy and surreal experience” for him.  He also played a gig for a NAMM National Battle of the bands competition in 2010.    Before coming to LA to study at the Musician’s Institute, he played out 4-5 nights a week in 9 different bands.   Taking music lessons and playing live shows are helping him achieve his goals with the guitar.

Sam made his debut on the Sunset Strip at The Viper Room in November of 2013 as a new member of Made N America.

He also got to jam with Gilby Clarke from Guns-N-Roses the first time he attended a jam session at Lucy’s 51 — a hotspot for epic rock jams that closed about a year ago.  “Gilby was one of the first guitar players I even knew about. And when I discovered G-N-R, I had the ‘Use Your Illusion DVDs’, and I always thought of G-N-R as having Gilby as the second guitar player!”

Sam “Bam” is endorsed by Buddy Blaze Guitars.   His main guitar is his Custom triple humbucker Evanator, which he describes as the  “Greatest guitar ever!”, followed closely by his Black K2 2H Floyd Rose:   “I can do anything with those two guitars… they’re my two favorite guitars in the world! .. Buddy really makes the best guitars I’ve ever played, and I’m really looking forward to getting out more and getting the BLAZE name out there.”

Some of his favorite guitarists are Richie Faulkner, Vivian Campbell, Mark Crowell (“He’s a local St. Louis guitar player and one of my best friends. I’d literally be nothing of what I am as a guitar player if it wasn’t for him!”, states Sam ), Zach Myers, Zakk Wylde, Slash, Tony Iommi and Jerry Cantrell.

Some of his favorite bands are Alice in Chains, Monster Magnet, Black Sabbath, Shinedown, Judas Priest, and Iron Maiden.

“2015 has been great so far, and 2014 was a pretty amazing year as well!   Made-N-America has had some cool shows. Aside from playing The Dragonfly, PCH Club, Paladinos & 9 on Vine, we also performed live on Red Mancini’s (Red Beard’s) show, LA Rocks.

In November, M-N-A went out to Las Vegas to do a show with Eyes of One, featuring Casey Moss from the T.V. show Days of Our Lives.  He adds,”Playing in Vegas was really cool and a great experience.”

NAMM Week this year was another highlight for Sam.

We opened for Bruce Bouillet (former Racer X and The Scream guitarist) at The Whisky back in January the Monday of NAMM week.  “That was a very cool show, great crowd, and first gig with my new “old” Modified Fender Bassman Amp.”

“I had the opportunity to play at Neil Turbin‘s “NAMM Metal Jam”, which was a ton of fun!   NAMM alone is a lot of fun, and meeting Jerry Cantrell again, for the second time, doesn’t suck either.”

Sam’s school and studies have been going great.  He is finishing his Associate’s program at Musicians Institute and will continue on to the Bachelor program.  Dan Gilbert has been his private instructor the last 2 quarters.   “He’s been great —   he takes me “outside the box”, while still teaching me things that are directly applicable to my playing.   I’m learning a lot and have some great friends…. M.I. is going great.”

Sam has been attending the Lucky Strike Live Jams on Hollywood and Highland most every week.   “Getting to see the monsters that play there every week, right across the street from M.I. Is amazing.  Chuck Wright, Adam Mandel, and everyone over there running the jam, really know what they’re doing.   Chuck has created something that’s very unique and unbelievably cool, and it never would’ve happened if it wasn’t for him.”

Another big highlight for Sam was meeting his original guitar influence, Rafael Moreira.  “Rafael is THE guy that inspired me to play guitar.   I saw him on TV on the Rockstar INXS show.  I got to meet him and see him play downtown at his Tuesday night gig in April of 2014,   And now I see him play and see him out on a regular basis. He’s always been very cool and so nice to me, too…    It’s been pretty amazing.”

The top shows Sam has recently attended were Judas Priest at The Nokia Theatre last November and Aerosmith and Slash at the Forum (which marked Sam’s first time at the Forum).   Richie Faulkner from Judas Priest is continuously in my top 3 favorite guitar players, So seeing him play live and up close was incredible.   Also, seeing Steven Tyler live gave me a whole new appreciation for Aerosmith.

“I’ve gotten to meet so many of my favorite musicians!  Shinedown (the whole band), Slash (three times now), Mark Tremonti (Alter Bridge/Creed), Jason Hook (Five Finger Death Punch)…… so I’ve gotten to meet a lot of my heroes!”   …and the list goes on and keeps growing.

In terms of the music industry, Sam is having “more realizations of ‘Who you know‘ matters!!”

Speaking of which, Sam recently joined Gabbie Rae‘s band.  With her phenomenal vocal abilities, Gabbie is a major rising star in the music scene.  Sam got the gig from his friend (and now co-guitarist in the band) Toni Aleman, who sent him a Facebook message that said “Hey F**cker!   Learn these songs… what’s your schedule like in the next few weeks?” 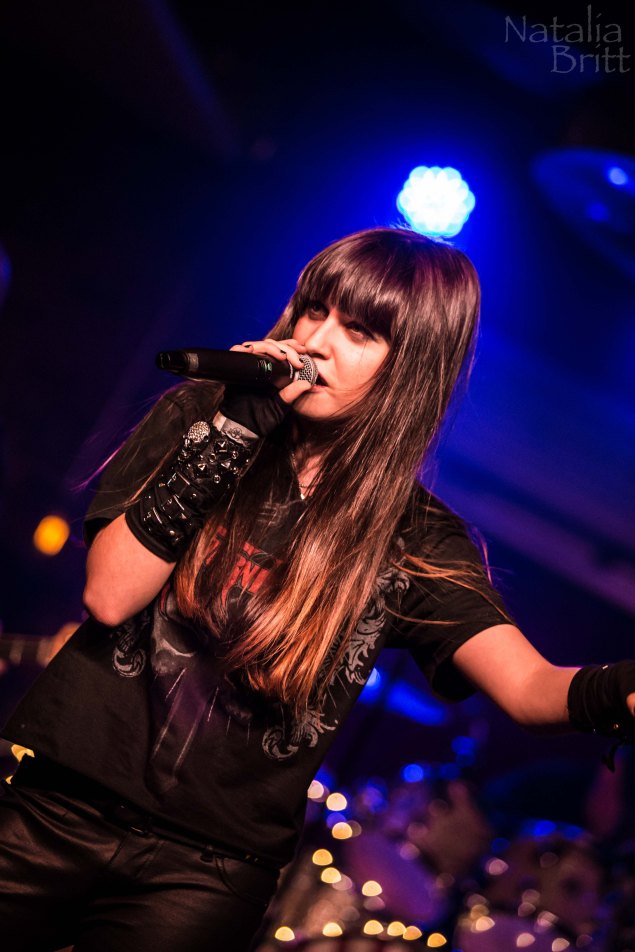 Sam went in for the audition, played with the band and got the gig!   His first gig with Gabbie Rae is on March 27th opening for Queensryche at The HOUSE OF BLUES Anaheim, for which Sam is “crazy excited about!  It’s crazy to hear a voice like that came out of a 16 year old  like Gabbie. I’m very excited to start playing with her and the band!”, which also consists of Dan McNay on bass, Tosha Jones on drums, Toni Aleman on guitar.

Keep up with Sam on TWITTER (his YOUTUBE CHANNEL) and check him out as he rocks with GABBIE RAE (http://www.gabbieraerocks.com/) and MADE IN AMERICA (REVERB NATION ITUNES MERCH WEBSITE)